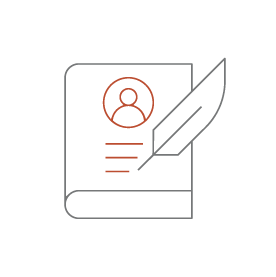 …Surrounded by an impressive park, the ensemble of Zypliai manor invites you to get to know the historical heritage of Lithuania up close…

The first pages of the history of Zypliai manor were written by the nephew of the last Lithuanian-Polish king, Duke Juozapas Poniatovskis, famous for his courage and extraordinary marches. For merits in the war, in 1807 Napoleon himself handed over the Veliuona eldership to the nobleman, to which the Zypliai estates also belonged. J. Poniatovskis was a respected public figure not only because of the well-known surname, but also because of his inclination to science and interest in the ideas of French freedom. Although Zypliai was owned by J. Poniatovskis for less than a decade, during this period an incentive was given to local agriculture to rise, the Napoleonic Civil Code was introduced, and the situation of the peasants was improved by exempting them from serfdom.

After the death of the duke, Zypliai waited for a strong owner, until in the middle of the 19th century the landowner of Polockas gubernia Jonas Bartkovskis set up a new manor near Lukšiai, surrounded by a green park.

The current composition of the manor ensemble was created by Count Tomas Potockis, who ruled it in 1891–1912. The landlord rebuilt the main building by expanding it, later it became a very rare house of neo-baroque manor houses in Lithuania. To this day, 11 buildings forming the manor ensemble have survived – a kitchen, two servant’s quarters, a cart, a barn, a stable and others.

T. Potockis was a man of receptive manner, constantly interested in innovations, followed world trends and discoveries applied in Western Europe, some of which were transferred to Zypliai.

Today of the days when carriages clattered through Zypliai and the hat was an integral part of everyday clothing, as well as feasts were raised in the shade of trees, visitors are reminded not only by the beautiful park, but also by the revived manor walls with the restaurant Kuchmistrai and the hotel “Zyplių dvaro oficina”.

Any cookies that may not be particularly necessary for the website to function and is used specifically to collect user personal data via analytics, ads, other embedded contents are termed as non-necessary cookies. It is mandatory to procure user consent prior to running these cookies on your website.